Could An Older Truck Driver Be More Likely To Cause Your Truck Wreck? 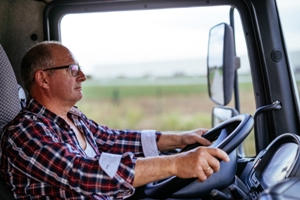 With the downturn in the economy and fewer people saving enough for retirement, more people are working well beyond their 65th birthday. In addition, as the economy has improved, the trucking industry has faced a severe shortage of truck drivers. Not surprisingly, many older Americans are turning to truck driving as a second career.

A recent investigation done by CBS News over five months found that people who are 65 years old and older make up 10 percent of the commercial driving workforce and that there was a 19 percent increase in the number of commercial drivers in their 70’s, 80’s, and 90’s involved in crashes between 2013 and 2015. Of the 11 states investigated, Texas had the most wrecks caused by these older truckers. In 2015, these drivers were involved in 611 wrecks in Texas, broken down by age group as follows:

What Are The Dangers Of Older Truck Drivers?

Unfortunately, drivers of passenger vehicles pay a horrible price in devastating injuries and tragic deaths when truck drivers who shouldn’t be driving are behind the wheel of an 80,000 pound big-rig truck. Older truckers can have the following problems that could affect their ability to drive safely:

Older truckers could have poor vision, making it harder for them to see other vehicles, especially at night when visibility is already difficult.

If an older trucker has problems hearing, he may not hear the warning signs of a dangerous driving situation up ahead.

When a trucker has reduced motor control, he cannot move quickly enough to respond to poor weather conditions, slowing traffic, or another wreck he needs to avoid.

An older trucker can have a slower reaction time, which could mean that he cannot react quickly enough when he needs to avoid causing a collision.

Truck drivers can drive 11 hours without a break under Federal Motor Carrier Safety Administration (FMCSA) rules and often drive longer when violating hours-of-service-rules. An older driver may become drowsy or fall asleep at the wheel long before he has driven his 11 hours, with disastrous consequences for other drivers and their passengers.

An older trucker could be more likely to have a medical condition, such as heart disease or a respiratory illness, which could impair his ability to drive safely.