When we picture ourselves in a car accident, we think of broken glass, smashed fenders, and deployed airbags. It's a scary thought, but what about those who don't have the steel safety of a car to protect them in the event of a crash? As motorcyclists in Colleyville and throughout the Dallas and Fort Worth region can tell you, it doesn't take much to cause an wreck. A tree branch, a pothole, a sudden rainstorm—any one of these obstacles could cause a crash. However, there is one reason that is much more common: other drivers. 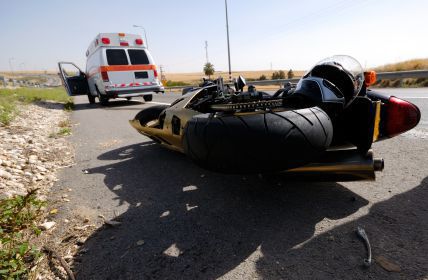 What Can Cause A Texas Motorcycle Accident?

Motorcycles Are Often Overlooked By Drivers

Drivers are conditioned to be aware of other cars on the road, but often overlook smaller vehicles when making checks in the mirror.

Motorcycles Are Much Smaller Vehicles Than Cars

On two wheels, a motorcyclist has a smaller profile and is more difficult to see in a rearview mirror.

The speeds a motorcycle is capable of, the maneuvering of the bike, and the amount of space needed to cover a distance can be unfamiliar to the average driver. Motorcycle collisions often occur when drivers overestimate a bike's speed or distance, assuming the bike will react like a car.

Unlike drivers, bikers are not protected by windows and steel. Rain, snow and wind can all negatively affect a rider's visibility and handling—leaving it up to the drivers around them to avoid an wreck.

As motorcycles can get lost among other cars, they must make an effort to be seen in traffic. If they ride to one side or other behind a vehicle, they risk traveling in the driver's blind spot. Highway collisions often occur as motorcycles change lanes after emerging suddenly from behind trucks.

Drivers may think that since a motorcycle is smaller, it does not need as much room on the road as a four-wheeled vehicle. Motorcycles need the same stopping distance as cars, and therefore should be given a full lane, even if they don't "take up" as much space. If you are behind a motorcycle, you should maintain the same following distance that you do with cars.

Without exterior protection, motorcyclists must be extra aware of the condition of the road. A fallen tree branch, oil slick, or pothole would mean more than a scraped undercarriage—it could flip a motorcycle over. Motorcyclists often make split-second decisions to avoid obstacles at high speeds, which means the cars around them must react in turn.

If You’ve Been Injured, An Experienced Motorcycle Accident Attorney Can Give You the Representation You Deserve

The fact is that road safety is everyone's responsibility,no matter what kind of vehicle you drive. If another driver's negligence resulted in your injury, you need advice from an AV-rated Colleyville motorcycle collision attorney.

David Hart is a TBLS-board certified attorney who knows what to expect in a motorcycle collision case. Too often, drivers do not give proper space or rights of the road to cyclists—often resulting in tragic injury or death. A team of dedicated personal injury lawyers on your side could mean compensation for your losses and the respect you deserve.

From our Colleyville office, our motorcycle accident lawyers are able to serve the entire Dallas region including Arlington, North Richland, Bedford, Hurst, Euless, Irving, Grapevine, Keller, and more. Contact us online or call us directly at 1 (800) 856-2347 for a free consultation to learn more.