Hit by a Truck?

Get a Board Certified Lawyer to Review Your Case. 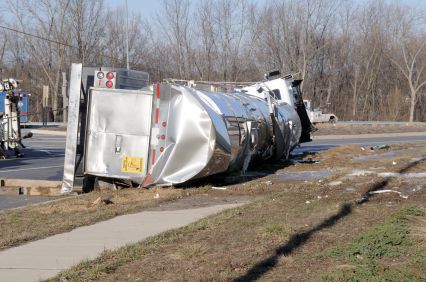 There are a lot of questions after a car or truck crash. If you're reading this, it is likely that someone you love was injured in a truck crash somewhere in Texas, and you're looking for answers.

We know that the different specialties in auto accident litigation can be confusing. Does it really matter which type of wreck you were involved in? Whether you were hit by another car, a tractor-trailer, or an 18-wheeler, does it make a difference? Isn't a car wreck the same no matter what types of vehicles are involved? David Hart, a Board-Certified personal injury lawyer will tell you: your case is different.

Here's Why A Texas Truck Crash Is Different:

There Are Specific Rules For Truck Drivers

Unlike everyday commuters, driving responsibly is a commercial truck driver's job. When a driver is overworked, sleep deprived, or trying to make a deadline, his quality of driving may decline. Due to the size and weight of the load they are carrying, we rely on truck drivers to be alert and responsible at all times. If they're not, the smaller vehicles they hit—and the passengers in them—are more likely to suffer the consequences.

A Different Set of Laws

Texas residents know that their state is a big place. A lot of truck travel is intrastate transport, which doesn't even cross the Texas border. Since they do not carry loads between states, many of these trucking companies are not required to follow federal regulations. This can lead to many dangerous trucking oversights in improper load bearing, overtime hours, and careless driving.

Not only are commercial trucks more dangerous than other vehicles, there are also a lot of them. Due to the number of interstate highways surrounding Dallas-especially I-20, I-30, I-35, I-75 and I-635, Northern Texans are surrounded by an enormous amount of daily truck traffic. If you're looking for an attorney to handle your Texas truck wreck case, you're not alone: with the sheer number of semi collisions that occur on Loop 820 and other local freeways, and collisions due to 18-wheelers on 114, a truck wreck on your daily commute seems more likely every day.

More Damage To Your Vehicle—And To You

18-wheelers, dump trucks, gravel trucks, gasoline trucks: all can be seen daily on 114, many of them paid by the load. When heavy vehicles are in a hurry, rushing through hard weather or rush-hour traffic, they're going to be much harder to stop than an average passenger vehicle. If a truck driver needs to slow down quickly, the momentum of his load can cause much more damage when he hits something-or someone.

Commercial vehicles are also governed by their own set of laws. Due to trucking laws and regulations, filing insurance claims against semi truck drivers is complicated and often frustrating. Our attorneys can help guide you through this process, leaving you free to begin healing.

Why Are There So Many Collisions Involving an 18-Wheeler?

The disproportionate size of an 18-wheeler, when compared to a typical passenger car, can pose a serious threat to the safety of everyday drivers. A collision with one of these behemoths can send a car spinning into traffic as if it were a child’s toy.
In 2018, according to the latest statistics from the Federal Motor Carrier Safety Administration (FMCSA):
Although there has been increased awareness along with improved safety regulations, the number of trucking accidents continues to rise. Knowing exactly what leads to a collision with an 18-wheeler is one of the best ways to prevent it from happening in the future.

Most Common Causes of 18-Wheeler Crashes

Everybody has their own sleep cycle, also known as “circadian rhythm,” that determines how alert they are and their level of cognitive ability. When this rhythm is interrupted, and a person doesn’t get enough sleep, this affects a person’s ability to drive safely.
There are federal regulations that limit the number of hours a truck driver is supposed to be on the road, but of course, these aren’t always adhered to, especially when the driver needs to deliver their load by a certain time.
According to the FMCSA, the time of day someone spends driving affects their ability to stay alert even more so than the number of hours they drive. Their research showed that most people who work a normal schedule, that is work during the day and sleep at night, naturally become drowsy after midnight.
The FMSCA also discovered that people become even more drowsy when they have been driving for extended periods of time. Nighttime drivers, even if they have slept properly and had off-duty time, are still statistically more apt to fall asleep while driving and cause collisions than are those who drive during the day.
Additional research conducted by the AAA Foundation found that 17% of all fatal crashes occurred due to drowsy driving.

Since large, overloaded vehicles, like 18-wheelers, are more likely to be involved in a fatal collision, the federal government has strict regulations on how these vehicles are to be loaded. When fully loaded, an 18-wheeler can weigh as much as 80,000 lbs, and overloading such a massive vehicle can have deadly consequences.
In addition, when the contents of the trailer are not properly loaded, a truck is more likely to jackknife. When the weight of the trailer’s load is not evenly distributed, or when too much has been loaded onto the trailer, the trailer might be thrown off balance, causing the trailer to jackknife. That is when the trailer, instead of following behind the truck, slides perpendicular to the truck’s cab.
Under the federal statute known as the North American Cargo Securement Standard, there is a prescribed set of conditions the truck and its cargo must meet before it can be driven.
A truck driver must be sure that his tailgate is secure, that all doors are shut, that tarpaulins are strapped down, and that spare tires are secured. Before driving they must also make sure that no part of the truck or trailer is obscuring their view (ahead and to the sides), that nothing is obstructing movement within the cab or the ability to exit the cab, and that nothing is blocking access to emergency equipment.

Everyone knows how dangerous it is to text, surf the web, or even talk on the phone while driving. Even with the large number of public campaigns to put an end to it, news headlines are still filled with the details of fatal car accidents due to texting while driving.
Now imagine how dangerous it can be for someone to do the same while operating a vehicle that weighs 40 tons. Truck drivers not only have a responsibility to themselves to keep their minds and eyes on the road, and their hands on the wheel, but they also have a responsibility to the rest of us.
As previously mentioned, truck drivers can also engage in other forms of reckless driving by pushing themselves to deliver their loads quickly. Oftentimes drivers are paid based on how quickly they can deliver their cargo. To achieve this truck drivers will break speed limits, change lanes too often, drive late into the night, or even continue to drive through harsh weather conditions like rain, heavy winds, or snow. 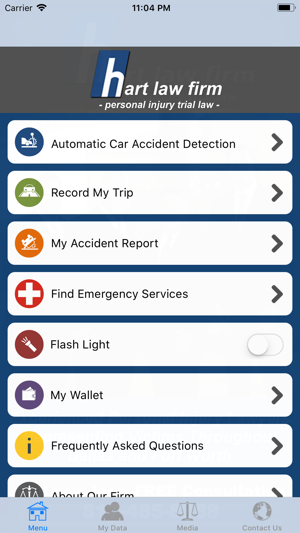 Everything you might need in case of a motor vehicle accident - right on your phone.Request Information