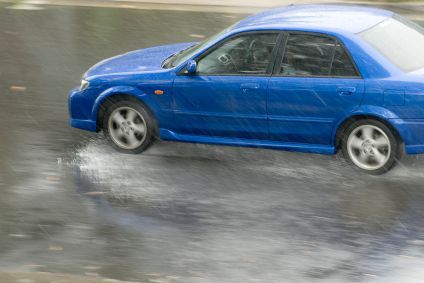 It hasn't rained much in North Texas, and now that the rain has started, it's causing serious crashes. A recent Dallas semi-truck crash on the LBJ Freeway near the Hillcrest Road exit is being blamed on slick city streets. When one car spun out of control, hitting the center lane barrier, two Dallas police officers responded, using their squad cars to shield the disabled vehicle.

As the officers surveyed the damage and assisted the crash victim, a semi-truck hauling cars came upon the scene. The truck driver slammed on his brakes, locking them and causing the truck to jackknife. The Dallas semi-truck slid and hit the first squad car, forcing it into the second.

The impact of the semi-truck accident injured the responding officers. Both were taken to an area hospital by ambulance with unknown injuries. Eastbound I-635 was closed for approximately four hours as crews worked to remove the vehicles and clean up the crash site.

Too often, semi-truck drivers to not make the best driving decisions, causing serious injuries that could have been easily prevented. The staff and attorneys at the Hart Law Firm hope that the Dallas officers hurt during the accident are well on their way to recovering from their injuries.