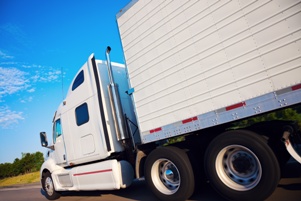 With the congestion on our Dallas/Fort Worth highways and roads, a rollover truck crash can cause victims to suffer devastating injuries or death. These wrecks are especially dangerous because the massive 80,000 pound truck can roll over onto a much smaller passenger vehicle or into several lanes of traffic—often causing a multi-vehicle wreck. According to the Federal Motor Carrier Safety Administration (FMCSA), there are over 1,300 rollover crashes each year, with an average of four truck rollovers every day. If you were injured in a rollover collision, you may be able to hold the negligent truck driver and trucking company responsible for your injuries.

What Are the Main Causes of Truck Rollovers?

Some people incorrectly believe that trucks primarily roll over on curves, due to weather, and at night. However, this is not true. FMCSA estimates that:

In addition, inexperienced truckers are not the only ones who cause these wrecks. Thirty-eight percent are caused by drivers with 10 or more years of experience. So why do truckers cause deadly rollovers? The major reasons include:

According to FMCSA, over 78 percent of truck rollovers are caused by driver error. In addition, in over 90 percent of these wrecks, another negligent driving behavior, like drowsiness or distracted driving, caused the truck to run off the road, drift onto the shoulder, or incorrectly turn—with a rollover being the result.

The condition of the truck can cause it to roll over. FMCSA has determined that 54 percent of trucks involved in these wrecks had a brake defect.

When loads are not secured properly or the truck is not fully loaded, especially when the load is liquid, a truck is more likely to roll over as a result of unsafe driving.

While not as major a factor as many think, speeding is a contributing factor in 28 percent of these wrecks, most commonly on curves and highway exit and entrance ramps.