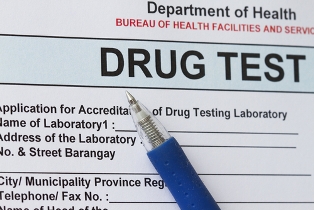 With more states legalizing the use of marijuana for medical and recreational uses, synthetic marijuana products are also becoming more prevalent and popular. These drugs are manmade mind-altering chemicals that are related to the chemicals found in marijuana. Unfortunately, these drugs can have a more powerful effect on a person’s brain than natural marijuana. There is growing concern about how truck drivers use these synthetic drugs and drive their trucks while impaired, killing and injuring innocent motorists.

Two Ways to Reduce Truckers’ Synthetic Marijuana Use While Driving

The National Transportation Safety Board (NTSB) recently sent two recommendations to the Federal Motor Carrier Safety Administration (FMCSA) regarding the use of synthetic drugs by truckers and other commercial drivers. Their proposals came after a tragic death in Oklahoma where a truck driver, likely under the influence of synthetic marijuana, crashed into a bus full of college students, killing four people and seriously injuring five others. The driver did not even attempt to apply his brakes. The NTSB wants the FMCSA to take the following safety actions:

The NTSB also wants the American Trucking Association to educate their members on the dangers of using synthetic drugs.

If you've been hurt in a Texas car accident you need to speak with an experienced car accident lawyer as soon as possible. Contact us online or call our Colleyville office directly at 817.380.4888 to schedule your free consultation.

by David Hart [email protected]
Connect with me
Helping victims throughout Arlington, North Richland, Grapevine, Bedford, Hurst, Eules and all points between.
Be the first to comment!

To reply to this message, enter your reply in the box labeled "Message", hit "Post Message."