According to the National Highway Traffic and Safety Administration, drunk driving deaths increase by 25% over the Christmas holiday and by 50% over New Year’s. Alcohol-related wrongful death incidents increase from a nationwide daily average of 36 deaths to 45 deaths per day during the December holidays and jump to over 50 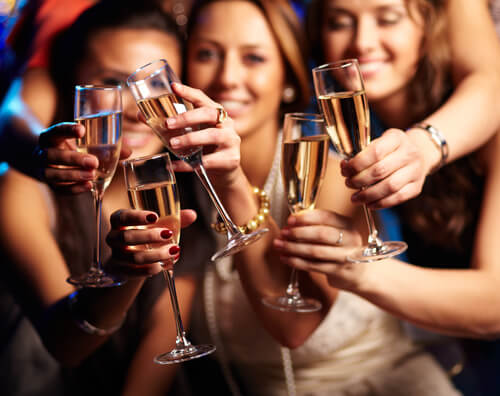 fatalities per day in the days surrounding January 1st.

Although it is expected that celebratory drinking will increase around these times, the fact that poor judgment increases drunk driving accidents by such a significant amount is hardly good cheer.

Factors that cause the New Year holiday to be among the most dangerous times for drunk driving crashes include:

New Year’s Eve is a very popular holiday for drinking. Between celebratory champagne, cocktails, wine, and the occasional shot to usher in the New Year, an average New Year’s Eve partier can drink an excessive amount of alcohol over the course of a few hours. It takes the liver roughly an hour to filter out each alcoholic drink consumed (one12-oz. beer, one 5-oz. glass of wine or 1.5 oz. of hard liquor). This means that after a few beers, a couple of shots and a glass of champagne it would take a full seven to eight hours from the time they began drinking to fully process all that alcohol. If they don’t wait the full eight hours (without drinking any more alcohol), they run the risk of driving while intoxicated and causing a serious accident.

Implied requirement to stay out late.

Since the ball doesn’t drop until midnight, most celebrations will continue until at least 12:30 a.m. if not later. This increases the amount of time for partiers to continue drinking, as well as encouraging them to drive home with alcohol still in their systems after the final toast to ring in the New Year. Instead of hanging out after the ball drops without drinking, they’ll either immediately go home or continue the celebration until 2 or 3 in the morning.

Many employers will allow time off for national holidays such as Christmas and New Year’s Day. Even when it isn’t specifically given, the majority of “partiers” will make sure they take December 31st and January 1st off. In many cases, if the holiday doesn’t fall on a weekend, they’ll schedule themselves a mini-break around the holiday in order to celebrate without fear of going back to work with a hangover.

Increase of underage and young drinking.

New Year’s Eve parties attract many young and underage guests who then have full access to liquor, without understanding their tolerances; 32% of drunk driving accidents are caused by drivers between the ages of 18 and 24.

Let Us Know How You Feel About Holiday Drunk Driving

Given the heightened risk of drunk driving accidents during the winter holidays, do you think law enforcement should increase traffic patrols? What about harsher penalties for holiday driving under the influence? Shouldn’t there be stricter laws to keep your family safe from those who overindulge and then make the idiotic decision to get behind the wheel? What do you think?

Let us know your thoughts by leaving your opinions, concerns and questions in the comment section. Not only will you help us learn more about societal opinions, but your opinions and personal experiences with holiday drunk drivers could help our current and future clients get the extra knowledge, confidence, and support they need to fight back.

If you've been injured by a drunk driver in Texas you need to speak with an experienced drunk driver injury attorney as soon as possible. Please contact us online or call our Colleyville office directly at 817.380.4888 to schedule your free consultation.