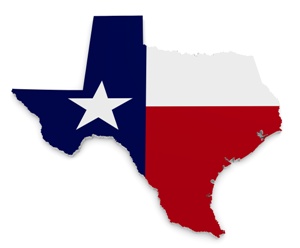 Given Texas’ long history of going it alone, it may come as no surprise that Texas is the first state to allow employers to opt out of providing workers’ compensation benefits and become a non-subscriber employer. If an employee of one of these companies is injured, he must prove that his employer’s negligence was the cause of his workplace injury in order to receive compensation for his injuries. Here, we discuss how employers gained the right to opt out of the workers’ compensation system in Texas.

How the Texas Non-Subscriber Law Was Passed

To understand how the non-subscriber laws evolved, it is important to begin with the creation of Texas’ workers’ compensation laws. In the early 1900’s, working conditions were poor and unsafe. As a result, many workers in industries like construction, manufacturing, meat processing, and more suffered serious injuries or were killed on the job. Their only way to obtain compensation was to file lawsuits for negligence against their employers.

When employers complained about the flood of lawsuits against them, Texas enacted its first workers’ compensation law in 1913 as a way to limit employers’ liability. While it was a voluntary program at first, it later become mandatory for employers to offer worker compensation benefits. This was not an issue until the late 1980s when workers’ comp insurance premiums increased dramatically.

Benefits of Working for a Non-Subscriber Employer

There is no question that working for an employer who provides workers’ compensation benefits can make a work injury claim less complicated. You would have a right to payments regardless of who was at fault for causing your injuries. However, there are also benefits in filing a non-subscriber workplace injury claim instead. A few of the positives of doing this include:

While your non-subscriber employer is allowed to raise some defenses in a workplace injury case, your employer is barred from raising some important defenses, such as your comparative negligence as a reason for not paying your full claim. If your employer was at least one percent negligent in causing your injuries, your employer would be responsible for paying for 100 percent of your medical expenses, lost wages, and pain and suffering. These barred defenses make it easier for an injured worker to prove negligence in a non-subscriber case.

In a workers’ comp case, your employer has a right to choose the doctor who treats you. In a non-subscriber workplace injury case, you have more freedom to select your own doctor.