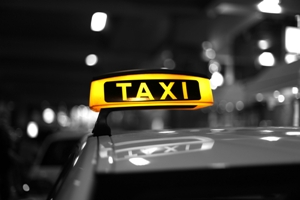 If you are injured as a passenger in a taxicab accident, you could suffer many serious injuries, such as traumatic brain injury, back, neck, and spinal injuries, paralysis, and broken bones. You deserve to be compensated for your injuries by the negligent taxicab driver and the company he works for. However, in some wrecks, more than one driver is at fault in causing the crash. What happens if another driver as well your taxicab driver caused your injuries? Who is responsible for paying you the compensation you deserve?

Liable Parties When Both Drivers Were Negligent in Your Taxi Accident

If more than just the taxicab driver caused your crash, you may need to sue multiple parties to obtain the compensation you are entitled to. This is just one of the unique complexities you could face in your taxicab wreck case.

Have You Been Injured In A Texas Taxi Accident?

If you've been injured in a taxi accident you should speak with an experienced taxi accident attorney as soon as possible. Please contact us online or call our Colleyville office directly at 817.485.8888 to schedule your free consultation.