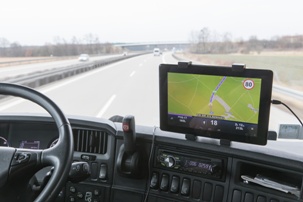 While the dangers of distracted driving are well known, many drivers continue to engage in these unsafe practices. The risks that someone will suffer catastrophic injuries or death increases dramatically when the distracted driver is behind the wheel of a semi-truck. This is especially true on the congested roads and highways throughout the Dallas and Fort Worth area. Taking your eyes off the road for even a second or two can lead to devastating consequences for the victims of a wreck.

Distracted driving is any activity that takes a person’s attention off his driving. Truckers must drive for long hours without a break, and the temptation to do other things to break the monotony and stay awake is great. Here are some of the most common ways truckers put you in danger:

Proving the negligent trucker was distracted often involves obtaining records and other documents from the trucking company and the trucker, which would be impossible to do on your own. Our experienced truck crash attorneys can collect this information and other evidence you need so that you receive what you deserve in your settlement. We have decades of experience fighting for the rights of injured truck crash victims in the Dallas-Fort Worth area. Call our office today to schedule your free consultation to learn more about how we can assist you.