In order to avoid having to park at the mall, you had the brilliant idea of taking the bus to do your holiday shopping. Yeah, not so brilliant. Apparently everyone else in the state had the same idea. As your bus pulled up to you, you noticed that it had about 50 people already crammed into it.

You slowly inched your way in and grabbed the nearest pole to steady yourself. You tried to stay behind the yellow line, but the passengers behind you kept pushing you forward. You planted your feet and leaned backward to keep from falling over. Unfortunately, the man next to you wasn’t as familiar with physics. As soon as the bus hit a bump, the line of passengers behind him lurched forward and, like a line of dominos, they all fell forward until the man next to you was violently shoved into the driver.

The bus swerved and everyone was knocked around. By the time your neighbor was able to get himself off the driver, the bus was careening down a hill, straight toward a packed school bus. The driver slammed on his brakes, but there wasn’t enough time to stop. He made a 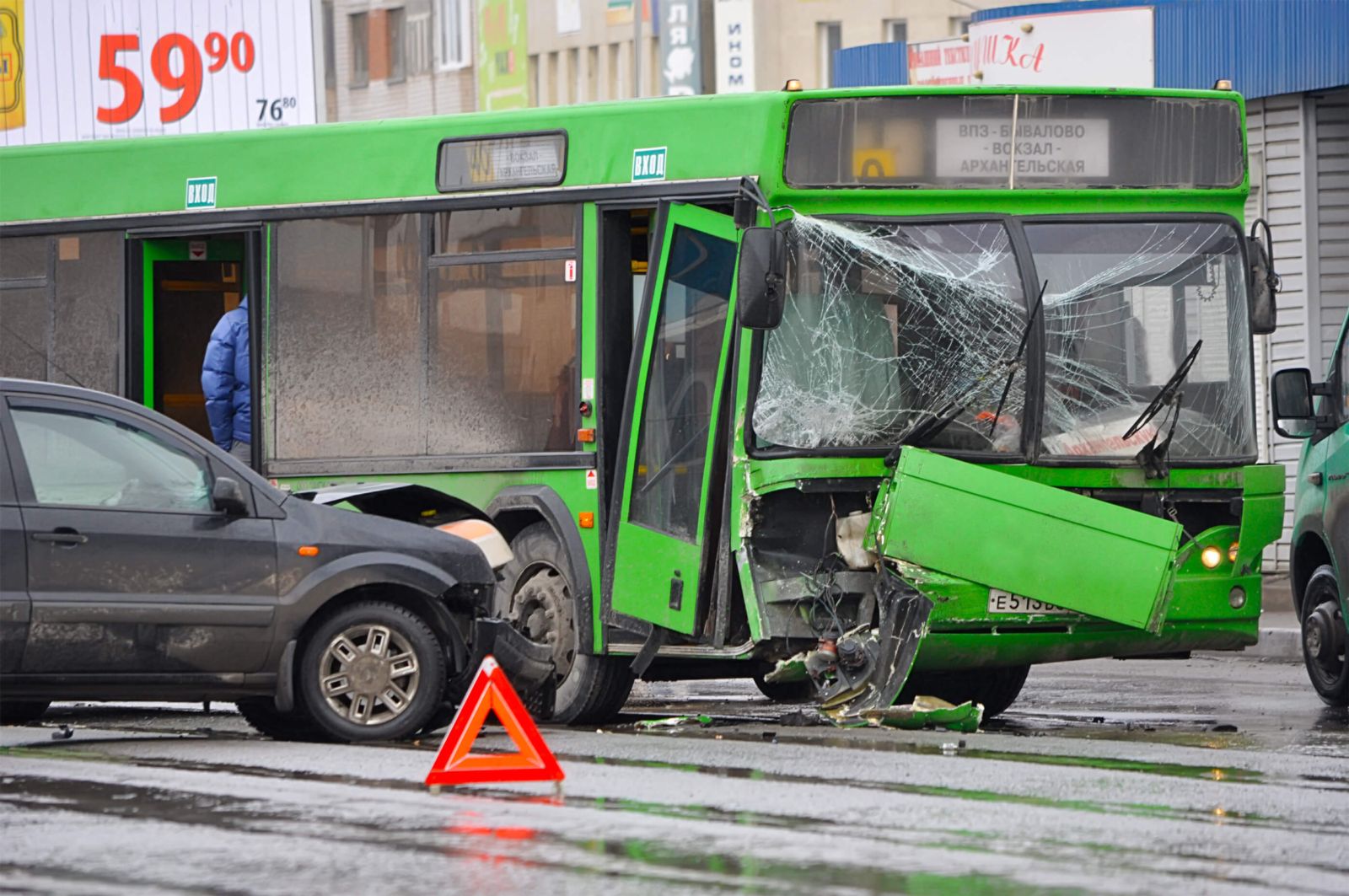 desperate attempt to veer out of the way and managed to maneuver the bus so it sideswiped the school bus. As your bus came to a stop, pressed tightly against the yellow bus’s side, broken glass, twisted metal and a dozen unconscious passengers littered the floor. You could hear children and adults alike screaming and crying.

You can’t believe this happened. Honestly, what were the odds that a simple bump could cause so much wreckage? Then again, perhaps it wasn’t just the bump.

The National Center for Transit Research estimates that nearly 2,500 transit bus crashes occur each year, injuring over 8,000 passengers, pedestrians and motorists. According to the Federal Transit Administration, one factor affecting the accident rate is bus overcrowding. When a bus becomes overcrowded it has the potential to cause the following problems:

Knowing When Full Is Too Full

Riding a bus is an economical and environmentally-conscious decision. However, in order to make it a healthy decision as well, you must make sure you follow safety precautions. If a bus is so full that people are practically standing on other passengers, don’t add to the crowd. Instead, wait for the next bus; you’ll not only be able to breathe easier, and keep your toes intact, but you’ll also be safer and help lessen the effects and dangers of overcrowding.

Have You Been Injured In A Texas Bus Accident?

If you've been hurt in a Texas bus accident you need to speak with an experienced bus accident lawyer as soon as possible. We represent clients throughout Texas including Austin, Forth Worth and Dallas. Please contact us online or call our Colleyville office directly at 817.485.8888 to schedule your free consultation.