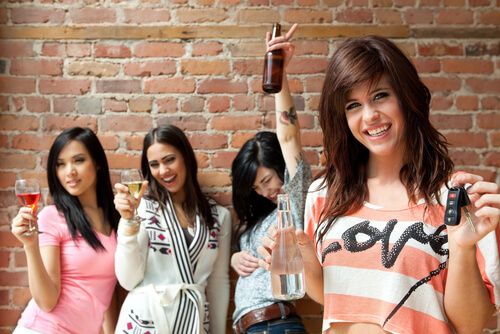 Everyone who plans to go out drinking knows that it’s safest to appoint a designated driver who will not drink. When the designated driver does what he agrees to and doesn’t drink, it is safer for the drinkers and other motorists on the road. Unfortunately, sometimes designated drivers don’t honor their agreements, and they drink enough to impair their driving before getting behind the wheel.

Drunk driving accounts for a large number of fatalities on Texas roads. According to the Texas DOT, there were no deathless days on Texas roads in 2013, and alcohol was a contributing factor in a number of crashes. Consider the following statistics:

In a study published in the Journal of Studies on Alcohol and Drugs, researchers at the University of Florida found significant problems with the concept of the designated driver. They interviewed 1,071 individuals as they left a bar on six Friday nights in 2013 and also gave them a breathalyzer test. There were 165 people who identified themselves as the designated driver and the researchers found that:

The researchers determined that the designated driver was often picked as the person who had had the least to drink or was viewed as being able to drive the most successfully while intoxicated in the past. The researchers also noted that all the designated drivers who had a blood alcohol level of .02 percent or higher would have had their driving abilities impaired and that those with a blood alcohol level of over .05 percent would be considered significantly impaired.

So if the driver who hit you claims he was the designated driver, it may not mean much. He really may have had a few drinks before driving and that may have contributed to the cause of the accident and your serious injuries.