When most of us may think of police officers, firefighters and crashes, we think of them as coming to the scene to help. However, drivers of government vehicles can also be the negligent drivers causing the crashes. For victims, the fact that the vehicle is owned by a governmental agency adds an extra layer of problems when seeking the compensation that they are entitled to.

The government cannot be sued for many negligent acts under the doctrine of sovereign immunity. Fortunately, the Texas Tort Claim Act gives a person injured in an accident the right to sue the government if a negligent employee driving a police car or fire truck caused his injuries. The person would need to prove the following:

Under the Texas Tort Claim Act, the amount of damages a person is entitled to is capped at a certain maximum amount depending 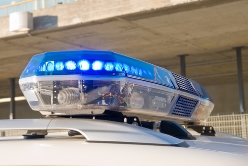 on whether the vehicle is owned by the state government, a local governmental unit like the county, school board, or county hospital, or a municipality—a city or town. Knowing who owned the government vehicle that hit the crash victim is critical when determining what the cap is. The maximum amounts a victim could recover are as follows: