What Elements Must You Prove to Have a Valid Wrongful Termination Case Based on Discrimination in Texas?

Comments (0)
If you work for an employer in the Dallas/Fort Worth area, you are most likely an at-will employee who can be fired for any reason—or no reason at all. However, this does not give your company the right to terminate you based on your age, sex, race, national origin, disability, or another cause that is considered discriminatory under federal and state laws. If you were fired and are considering filing a wrongful termination claim, it is important to understand what you will have to prove to have a valid legal claim. 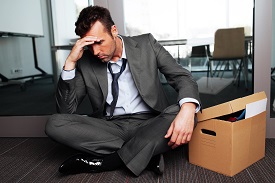 Elements of a Wrongful Termination Claim Based on Discrimination

In any type of claim for compensation, the injured victim must have a legal cause of action against the party that he is seeking compensation from. There are certain elements of a cause of action that must be proved in order to receive damages. When an individual is claiming he was wrongfully terminated based on discrimination, he must prove the following elements of this claim:
● He is part of a protected class. Under federal and state anti-discrimination laws, it is illegal to terminate a worker based on age, race, national origin, sex, disability, genetic information, color, pregnancy, or religion. These are considered protected classes, and a plaintiff must be a member of one of these groups, or another similar group.
● He is a qualified employee. While it should not be a problem for a person who has been working for an employer for an extended period of time to prove, he must show that he was qualified for the job from which he was terminated.
● He was fired. The victim must show that he was fired, except in extremely rare circumstances where an employer makes the employee’s working conditions so miserable the employee is forced to quit (this is called “constructive discharge”).  “Resign or be fired” is the same thing as fired, if it can be proven.
● Treated less favorably than other, similarly situated employees. A person claiming discrimination must establish that employees in non-protected classes were treated more favorably. Company policies, statements of supervisors, testimony from other employees, and statistics are just a few possible ways this can be established.
When determining whether the employee has a valid claim, the judge will weigh many factors. Whether the person was given a reason for his firing, whether the stated reason has changed over time or inconsistent with other evidence, whether there is documentation of the employer’s discriminatory practices, and whether there was a legitimate reason for the termination, are just a few of these factors.

Proving that you were wrongfully terminated can be extremely challenging because employers will not admit that discrimination was the basis of their decision. Attorney Walt Taylor has years of experience fighting for the rights of employees who were illegally terminated in the Dallas-Fort Worth area and throughout Texas. To learn more about your legal rights and how he can assist you, contact us online or call our office directly 817.380.4888 to schedule your free, no-obligation consultation today.

To reply to this message, enter your reply in the box labeled "Message", hit "Post Message."